Wed, Oct 5, 2011 is a day that I will remember for a while with great sadness.  I mourn the passing of Mr. Steve Jobs.

He wasn’t just an iComputer guy.  Honestly, I don’t use a Mac or an iPhone – I am an EeePad and HP girl with a tricked out Droid Charge (the Ceptacon phone.) I love Apple and Pixar products…but it was Jobs himself that fascinated me. I loved his honesty, his self disclosure, his presence of integrity. Today, a real hero died, a person with amazing passion, vision, decency and compassion. A man that I have never met – and will never meet, yet he’s changed me, not just with technology but with his spirit.  His life and my life collide so often as I make my way through the day that it is hard to believe we don’t know one another.  Listening to him speak has always been an inspiration to me; his life was an inspiration to me. 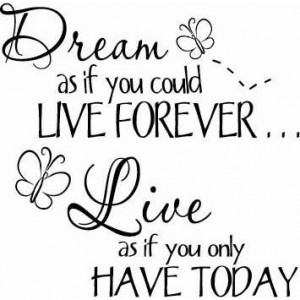 He said things like….”You’ve got to find what you love.  Do what you believe is great work.  Don’t settle.”

I don’t take for granted some of the most passionate, unusual things that I do because of his advice. You see, he once took a calligraphy class – something unusual – and because he did, I chose this font to write to you in.  Maybe my class in herbal nutrition or exercise rehab will change the way that therapists help people. Yes, I feel as though my attitude has been indelibly changed by Steve Jobs, a man that was profiled here on Today’s Healthy Minute not so long ago in the posting “How to Live Before You Die.”  The title came from his speech at Stanford.  I hope that you will take the time to listen and watch the YouTube video that was featured on that posting.

Steve Jobs, the Apple founder and former CEO who invented and masterfully marketed ever-sleeker gadgets that transformed everyday technology, from the personal computer to the iPod and iPhone, has died. He was 56.

Apple announced his death without giving a specific cause. He had been battling pancreatic cancer.

“We are deeply saddened to announce that Steve Jobs passed away today,” the company said in a brief statement. “Steve’s brilliance, passion and energy were the source of countless innovations that enrich and improve all of our lives. The world is immeasurably better because of Steve.”

Jobs had battled cancer in 2004 and underwent a liver transplant in 2009 after taking a leave of absence for unspecified health problems. He took another leave of absence in January — his third since his health problems began — before resigning as CEO six weeks ago. Jobs became Apple’s chairman and handed the CEO job over to his hand-picked successor, Tim Cook.

← For “Help Me Mend My Broken Heart.”
Things that People Say →