As a professional writer, music has a huge impact in my world.  The music that surround me I hear in pictures and dialogue.  Music carries me to a different place.

I am pretty picky about music…and avid.

I love music. It’s the door I walk through to go from here to…there.

Among the many talented musicians of the world, there are the fabled, the extreme, the eclectic and the wildly talented.  I’d put the talent of Apocalyptica in the last two categories, firmly between the unicorn and the white witch.  I’d never heard of “heavy metal cello” until two songs burst into my writing horizon this fine day.  I will explain.  First, in case you don’t know, I am the future best selling (hopeful) author of the Angellion series.

I know you haven’t read it yet – it’s not published yet.

Those dozen people who are proofing it love it…and that’s pretty cool.  The first book is called the “Soul Thief” and it’s nearly done.  We’re talking hours, not weeks. I expect the second book, “Dulos,” to take a lot less time given that I don’t plan on either having a nervous breakdown or having my heart shattered this year.  Now that I’ve finally found my feet, I sure hope to stay on them.

The creative process of writing in a world that mixes fantasy and reality means you’re standing with one foot in each world.  Music is my catalyst, so much so that I can’t listen to it while I drive, or I do really strange things like waiting for the stop sign to change.

Score music is the pulse behind a specific scene that sets a tone in a movie.  You hear it, but you don’t really hear it in the theater.  Same principal…if I want to build out a scene with tension or crescendo, I use score music that sets tone.  I actually see what I write like it’s where I am, so music is key.  Thank you Pandora for the endless hours of score music on my channels that keep me in “the mood.” It stands to reason that when I’m that focused having a conversation with my imaginary characters – yes, that is diagnosable craziness if I wasn’t getting paid for it – that being distracted by said music is, well, rare.  Don’t really hear it, right?

Imagine my surprise when the score music for a new song that I fell for – one with lyrics – called “Not Strong Enough” was by three cello playing classically trained men and one super drummer. Not just any cellist, mind you – that picture is accurate.  Heavy metal cello.  Wow.  I am fascinated.   The fact that I heard the lyrics at all is amazing – usually the house could burn down around me and I wouldn’t notice until I either ran out of a.) Long Islands or b.) Oxygen.  My first listen was….amazing.

So let’s begin this journey together.  First, know that the group uses guest vocalists for different songs – this particular song has covers by both Brent Smith (this version) of Shinedown and Doug Robb of Hoobastank.  Go to YouTube and search for the “Doug Robb” version, or click here.  It’s very different how one man impacts the song.

As you give that one a listen/view you can see why the appeal for writing to score music – it’s compelling.  Outside of that, this song could be the theme song of my life for what is now officially the hardest year of my life – emotional roller-coaster not withstanding. I identify with this song and all the writing we do about relationship recovery around this space.  Even a year later, I am still shattered by loss.  Brian has been the most amazing best friend and love that a girl could ever ask for as I gently let go of the dead – but it hasn’t been easy by any means.  On to the music.

Next, I wandered into the music of the new album by Apocalyptica that features Lacey, the lead vocalist of the ultra cool Christian band “Flyleaf.”  The song “Broken Pieces” is a response both musically and in video from “Not Strong Enough.”

First thought: Someone has been reading my journal. Both of these songs have lyrics that are worth reading and really complimented the writing of the afternoon.  The “initial print” day is here…..tomorrow.  I should be a nervous wreck around 4 eastern standard. Not really, it’s just the initial print.  We’re nearing that magic of 100,000 words.  It’s a lot of paper. 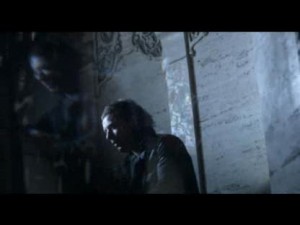 The third song of the afternoon, with one of my all time fave singers, Gavin Rossdale of Bush, hubster of the equally cool Gwen Stefani.  This particular song I used to write a scene that bridges book one to book two of the trilogy.  It’s nice that I finally figured out Lucian’s plan for his “life” so that there will be a book three.  It looked a little shaky there for a while.  Again, I digress.

So now totally fascinated I realized that there is a different form of therapy in music than that I and others like me study.  There is this nearly toxic quality to music like that of Apocalyptica, that compelling voice of the pain that people feel when there is a loss…the loss of love, job, life, the inordinate change that faces us all from time to time.

So ends the tour of the music of the day – only, there is one thing that I ran across that changed my idea of both classical and metal for all time.  This is the live version of the band, sans any singer.  There is no guitar – that is all cello.  I am still….fascinated.  Click for “Hall of the Mountain King.”

Hall of the Mountain King

← Three Steps to A Great Attitude in Tough Times
Remembering: 9/11 →